Toward a Science of Reproducibility

Wolfgang Pauli was one of the 2nd-rank founding fathers of quantum mechanics, just below the top tier of Planck, Bohr, Heisenberg, Dirac, and Schroedinger. Physicists treat it as a joke that whenever Pauli walked into a laboratory, the experiment would go haywire, and the apparatus would have to be restarted after Pauli was gone.

Physics lore has it that there was a horseshoe hanging over the door to the laboratory of Neils Bohr. “Surely, Dr Bohr, you don’t believe in the old superstition that a horseshoe can bring good luck?” Bohr replied, “Of course not, but the charm works even for people who don’t believe in it.”

Subjectivity has posed a fundamental problem for the scientific method, which has been apparent to theorists since the earliest formulation of QM (the Copenhagen interpretation) explicitly included an observer in the prescription for experimental prediction. In QM, unlike classical physics, the answer you get from an experiment depends on the question you ask. The contradiction was sharpened in 1964 when J.S. Bell proved that there is no trivial interpretation, where there is an objective “truth” hiding behind the Uncertainty Principle. Bell proved that the observer’s (subjective, free) choice of what to measure affects reality at a fundamental level, and this effect can be felt after or before he makes his measurement. It is masked by the uncertainty principle to the extent that this effect cannot be used to pass information through quantum entanglement; nevertheless Bell’s Theorem proves that the choice of what to measure has had an effect on real, measurable physical outcomes far from the place where the measurement .

Researchers in psi and the paranormal claimed that Bell’s Theorem vindicated their science, and offered a framework for understanding results they had been chronicling for at least a century. But physicists and chemists remained confidence that Bell’s Theorem was nothing they had to think about. Their results were objectively reproducible,no matter what philosophy of QM one preferred.

That all changed with the marathon experimental series of Bob Jahn and Brenda Dunne, conducted at the Princeton PEAR lab over the course of four decades. They looked for a subjective effect on a purely physical phenomenon, measured voltage fluctuations in a source of quantum noise. They found small effects that eventually accumulated 7 sigma significance, equivalent to p<10-11, or odds against chance of about a hundred billion. The revolutionary significance of this finding is that physical measurables are affected not just be physical causes but mental causes as well. This principal has been vindicated in other contexts in the decades since, most notably by the interference fringe experiments of Dean Radin.

Science since Francis Bacon has been based on the axiom that there is an objective reality, and that different people studying that reality, if they are sufficiently careful, will always perceive that same reality. After Jahn and Dunne, we are 99.999999999% sure this is false.

This is a crisis for our scientific understanding and methodology so deep that no one wants to consider the changes to foundations of science that must logically follow. The entire world scientific community is in denial.

How can we re-formulate our understanding of science in response?

I don’t claim to have an answer to this question, but the purpose of this essay is to propose an approach. Our next step toward a scientific worldview that comprehends the experimenter and the apparatus (the subject and the object) is to study reproducibility in a wide range of contexts—physics, chemistry, biology, psychology, and parapsychology. Let’s map out the reproducibility of a wide range of different experiments, and see if we can find the correlates. What does reproducibility depend on? Perhaps from an empirical science of reproducibility, we can then take a step toward a more theoretical science of subject and object.

We’re not starting from scratch. Reproducibility has been studied in a wide range of scientific disciplines, and there are generalities that most scientists believe. Here are some elements of conventional wisdom—a starting place which I believe to be pretty far from the truth .

We don’t know what the landscape might look like a decade from now after the science of reproducibility is systematically mapped. But we know already that the conventional understanding is wrong at just about every turn.

Who wants to join me in taking this on?

Leave the dishes.
Let the celery rot in the bottom drawer of the refrigerator
and an earthen scum harden on the kitchen floor.
Leave the black crumbs in the bottom of the toaster.
Throw the cracked bowl out and don’t patch the cup.
Don’t patch anything. Don’t mend. Buy safety pins.
Don’t even sew on a button.
Let the wind have its way, then the earth
that invades as dust and then the dead
foaming up in gray rolls underneath the couch.
Talk to them. Tell them they are welcome.
Don’t keep all the pieces of the puzzles
or the doll’s tiny shoes in pairs, don’t worry
who uses whose toothbrush or if anything
matches, at all.
Except one word to another. Or a thought.
Pursue the authentic–decide first
what is authentic,
then go after it with all your heart.
Your heart, that place
you don’t even think of cleaning out.
That closet stuffed with savage mementos.
Don’t sort the paper clips from screws from saved baby teeth
or worry if we’re all eating cereal for dinner
again. Don’t answer the telephone, ever,
or weep over anything at all that breaks.
Pink molds will grow within those sealed cartons
in the refrigerator. Accept new forms of life
and talk to the dead
who drift in though the screened windows, who collect
patiently on the tops of food jars and books.
Recycle the mail, don’t read it, don’t read anything
except what destroys
the insulation between yourself and your experience
or what pulls down or what strikes at or what shatters
this ruse you call necessity.

There were some hints. You’ve had some doubts, of course.
But so much of your life seemed to make sense,
And, truth be told, the conventional lens
Through which you viewed the world had all the force
Of experts you had reason to respect,
Authorities whose competence you trust.
If now the core collapses and you must
Rethink all that, what then can you expect?

A courage such as you have never known
Assembles from shards of a crumbling world.
With solid ground so far beyond your reach,
You come to trust a will that’s not your own,
The fathomless tsunami that has hurled
You on this alien, yet familiar beach.

So live your life that the fear of death can never enter your heart.
Trouble no one about their religion;
respect others in their view, and demand that they respect yours.
Love your life, perfect your life, beautify all things in your life.
Seek to make your life long and its purpose in the service of your people.
Prepare a noble death song for the day when you go over the great divide.
Always give a word or a sign of salute when meeting or passing a friend,
even a stranger, when in a lonely place.
Show respect to all people and grovel to none.
When you arise in the morning give thanks for the food and for the joy of living.
If you see no reason for giving thanks, the fault lies only in yourself.
Abuse no one and no thing, for abuse turns the wise ones to fools
and robs the spirit of its vision.
When it comes your time to die, be not like those whose hearts are filled
with the fear of death, so that when their time comes they weep
and pray for a little more time to live their lives over again in a different way.
Sing your death song and die like a hero going home.

Edward Guo was an 18-year-old freshman at New England Conservatory of music in 2005, when he conceived, programmed, and created IMSLP, the International Music Score Library Project. Since then, musicians around the world have shared millions of pieces of out-of-copyright sheet music, and this has been a huge boon, especially to music students who might not be able to afford sheet music otherwise.

More than a decade, earlier I had tried to create a web site, working with Project Gutenberg, which did an analogous thing for books. Gutenberg had been around since the earliest days of the internet, when it was just for military and academic geeks. It never took off.

Guo teaches at New England Conservatory now, and composer music of his own. I’ve found just this one piece of his, a Ballade for saxaphone and piano from his student days.

Howdie Mickoski is describing his experience and something beyond “experience” in the best language he can muster.

The moment when, after many years
of hard work and a long voyage
you stand in the centre of your room,
house, half-acre, square mile, island, country,
knowing at last how you got there,
and say, I own this, 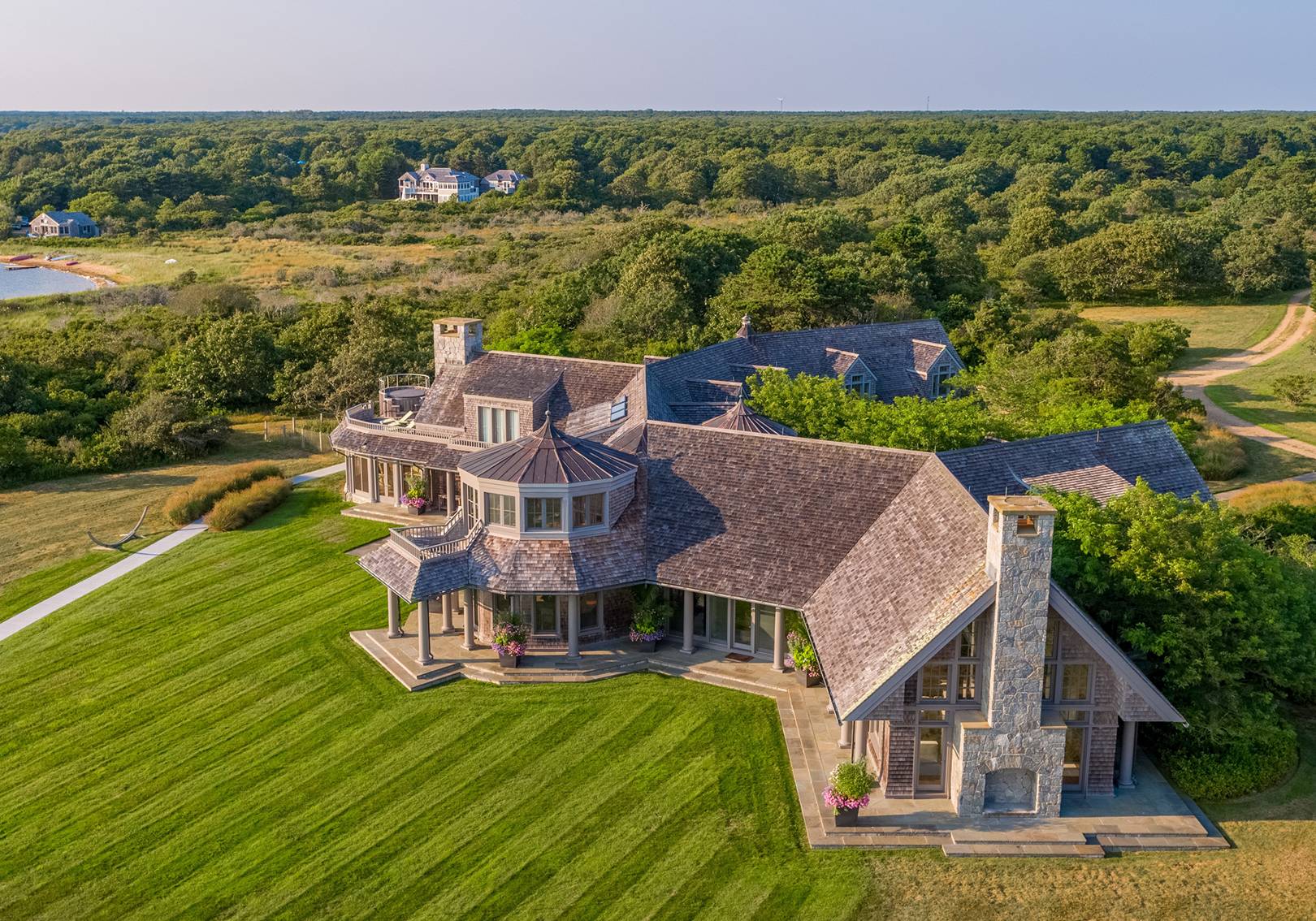 is the same moment when the trees unloose
their soft arms from around you,
the birds take back their language,
the cliffs fissure and collapse,
the air moves back from you like a wave
and you can’t breathe.


No, they whisper. You own nothing.
You were a visitor, time after time
climbing the hill, planting the flag, proclaiming.

We never belonged to you.
You never found us.
It was always the other way ’round.

On this day in 1381, the many revolted against the few in two counties east of London. They wanted the same things we want today: equality under the law, a voice in their government, more equitable wealth distribution. Most of all, the farmers didn’t want to pay tax to support the King’s wars.

The revolt was put down by trickery and terror. 14-year-old King Richard II promised an end to the feudal/serf system, but then sent his soldiers to massacre the revolutionary leaders and an arbitrary cross-section of followers.

The many have fought against the few again and again, and this year will certainly be a turning point—one way or the other.

O Mother, to think that we are to have here soon what I have seen so many times, the awful loads and trains and boatloads of poor, bloody, and pale and wounded young men again — for that is what we certainly will, and before very long. I see all the little signs, getting ready in the hospitals, etc.; it is dreadful when one thinks about it. I sometimes think over the sights I have myself seen: the arrival of the wounded after a battle, and the scenes on the field, too, and I can hardly believe my own recollections. What an awful thing war is! Mother, it seems not men but a lot of devils and butchers butchering each other.

What good can come from remember past wars if it doesn’t inspire us absolutely to do whatever it takes to avoid the next war?

Not in our name. Put an end to the perennial madness once and for all.

Let go of what makes human life worthwhile,
The battles, contests, striving for the good,
Not only doing what they say you should
But even your own choice to shun what’s vile
And cleave to what you know is just and right,
The quest for comfort and the charit’ble urge.
Eschew resistance and permit the purge
Of pleasure, pain, cognition, dark and light…

Or choose to linger on the opera stage
Savor the drama, relish this, your role
Explore, discover, open hidden doors
The earthly life you chose is not a cage
You’ll play your part, but still can know the whole
No hurry — all eternity is yours.

— JJM, from The Poetry of Oneness