In college, Ives abandoned a promising record as a sprinter for the less-sexy path of classical music. After graduation, he didn’t think he could make a living as a composer, so he took up the least sexy career of all and worked as an insurance actuary. Actually, he was pretty good at it, and gave us the modern concepts of financial planning for life and retirement. Along the way, he made up music in his spare time, and also made up rules for making up music. No one was listening at the time, except maybe Gustav Mahler who wanted to premier an Ives symphony with the New York Philharnomic, but dropped dead at just the wrong time, and the project was lost. Seventy years later, Frank Zappa thought Ives was an inspiration. Stravinsky (in 1966) said Ives “was exploring the 1960’s during the heyday of Strauss and Debussy. Polytonality; atonality; tone clusters; perspectivistic effects; chance; statistical composition; permutation; add-a-part, practical-joke, and improvisatory music: these were Ives’ discoveries a half-century ago as he quietly set about devouring the contemporary cake before the rest of us even found a seat at the party.” Wikipedia article

American mountaineer and explorer who gained international celebrity (1908) by becoming the first person to reach the top of Peru’s highest mountain, Huascaràn. Born on October 19, 1850, in Providence, Rhode Island; died on July 18, 1935, in New York City; youngest of five children of George Peck (a lawyer and state legislator) and Anna Smith Peck; graduated from the Rhode Island State Normal School, 1872; graduated from the University of Michigan with a degree in Greek, 1878, M.A., 1881; never married; no children.

Captivated by her first sight of the Swiss Alps during a Continental tour (1885); climbed her first major mountain, California’s Mount Shasta (1888) and went on to lead expeditions up important European heights before discovering the Andes of South America; gained international fame (1908) after six attempts by becoming the first to reach the top of Peru’s highest mountain, Huascaràn; when not climbing mountains, explored the headwaters of the Amazon River, traversed Peru’s vast inland desert on horseback, and lectured widely on her experiences; at age 80, embarked on a seven-month air tour of South America encompassing 20,000 miles (1930), after which she became an enthusiastic proponent of air travel.

Power of the Great

The power of the sage at last made whole—
This is the moment when temptation’s high.
Two opposite, conflicting forces vie
For mastery of the great master’s soul.

For many lifetimes has he purified
His motives, his desires and his intent.
Though t’ward the temporal his thoughts are bent,
There still remains the option to decide:

To lead from obscurity is not hard.
His subtle magic works, but stays unknown.
This is the safest path, and viable—
Or, choosing worldly pow’r he’s liable
To soften and enjoy the crowd’s regard,
Then see his fortunes plummet like a stone.

There is evidence for human settlement of Australia 65,000 years ago. What was human life like? By traditional archaeology, there was no agriculture, and only stone age tools. How could stone age humans have made the voyage from SE Asia to Australia?

Part of the answer is that the sea was a lot lower 65,000 years ago because so much sea water was tied up in glaciers, before the end of the last ice age. Still, it was a long way to go in a rudderless bamboo raft.

Read the evidence and the theory

Before Tuesday, I had never heard of “cavitation”. Then I received a breathless email about physics from a biomedical web page which I have never trusted for its science. But during my afternoon walk in the wooded park which graces my neighborhood of Philadelphia, I listened to an incompetent interviewer who seemed to be in over his head. So I was coming to Mark Leclaire, the interviewee, with a good deal of skepticism. But as his story unfolded, my bullshit detector hovered around the zero mark. He referenced high-energy astrophysics, cold fusion, and evolutionary biology, subjects with which I’m tolerably familiar, and I didn’t catch him in a single error.

And so I’ve embarked on a crash course to learn what cavitation is, how it is in evidence all around us, and what may be its technological potential.

Subtleties of the Second Law

It’s easy to disperse energy, difficult to concentrate it. A cup of hot tea will spontaneously lose its heat to the surrounding room, but you have to do work to concentrate heat energy from the room if you want to warm the tea. If you have one high-energy photon (say, ultraviolet light), its interaction with matter will spontaneously turn it into two low-energy photons (say, infrared); but combining those two IR photons into one UV photon requires some trickery, and maybe some extra work. These are classical applications of the Second Law of Thermodynamics.

Now consider a more subtle case of sound and light. Sound energy comes in “phonons” of very low energy because they are very low frequency as compared to light. (Frequency is related to energy by Planck’s Law, E=hν.) It should be easy to turn light into noise, but hard to turn sound into light. An enormous number of phonons must contribute to a single visible photon.

So it took physicists by surprise when sonoluminescence was discovered experimentally in 1934. Vibrate a beaker of water with ultrasound, turn off the lights, and you can see little flashes of blue. Tiny spots within the water are hotter than the sun.

This sure looks like a violation of the Second Law. Many small quanta of sound are being combined to make one big quantum of light. Mr Sonoluminescence hasn’t actually run afoul of the law, but you might say the judge let him off on a technicality. The sound energy input is not noise, but a coherent, ordered wave. It’s more like kinetic energy, energy of bulk motion, rather than noise. And kinetic energy is pure work, or energy that carries no entropy at all. Still, we wonder how this loophole is exploited. What is the mechanism by which coherent sound energy at low frequency can be turned to enormous temperatures, and thence to light?

There is no scientific consensus on an answer to this question, but there is agreement that it involves cavitation.

How does water boil?

Water is evaporating all the time, but not necessarily boiling. Water at a given temperature has a given propensity to evaporate, which is reported as a “vapor pressure”. Vapor pressure is the mechanical push of evaporating water. Boiling is what happ ens when the vapor pressure of water is greater than the ambient pressure.

If you swirl water violently, or pump it rapidly through a narrow valve, or excite it with intense sound waves, there are places in the flow where the water pressure in a small region falls below the vapor pressure at room temperature. So the water boils just in these regions, forming vapor bubbles a millimeter in size or less. These bubbles quickly flow into areas where the pressure is higher and the bubbles collapse. Inevitably, one spot on the surface of the bubble is the weakest, and that’s where the water squirts into the bubble, deforming the bubble into a donut shape, producing a tiny jet. These jets are known to move over very short distances but with tremendous speed. We know how violent they are because of the damage that cavitation causes in pump impellers and boat rotors.

The rotor is made of stainless steel, or even of super-strong carbon fiber. What is damaging it is just water! How fast do these tiny jets of water have to move to make holes in steel? We begin to see that cavitation is an everyday phenomenon, undeniably real and powerful; but mysterious, and not well-understood from the standpoint of fundamental physics.

Once you have such tremendously powerful jets of water, you can imagine heating a microscopic bubble so hot that it glows with sonoluminescence. But the forces that produce the jet from collapsing mini-bubbles are not so easily understood. The mechanical force of the collapsing bubble is far too small, and the surface tension forces around the bubble are not much bigger. What makes those tiny jets of water move at thousands of miles per hour?

i mean that the blond absence of any program
except last and always and first to live
makes unimportant what i and you believe;
not for philosophy does this rose give a damn

Growing up in the industrialized and now electronic world, dominated as it has been by the rival material philosophies of capitalism and communism, we automatically imbibe from schools, peers, and parents the idea that civilization is something man invented in order to meet his material and economic needs. This is why, when archaeologists look for the origins of civilization, they look for the material and economic forces that might have driven hunter-gatherers to become farmers, and to create the first permanent village communities.

But India, with its vibrant spiritual culture, its armies of ragged pilgrims, and its remarkable Vedas, raises the possibility that the real origin of civilization could be very different, not driven by economics, but by the spiritual quests that all true ascetics of India still pursue with the utmost dedication. Such a quest does not deny that the basic material requirements of the human creature must be met, but seeks to limit our attachment to material things and, in general, to subordinate material needs to mental and spiritual self-discipline.

Just as recent archaeological research has challenged old definitions of agriculture and blurred the lines between farmers and hunter-gatherers, it’s also leading us to rethink what nature means and where it is. The deep roots of how humanity transformed the globe pose a challenge to the emerging Anthropocene paradigm, in which human-caused environmental change is typically seen as a 20th-century or industrial-era phenomenon. Instead, it’s clearer than ever before that most places we think of as ‘pristine’ or ‘untouched’ have long relied on human societies to fill crucial ecological roles. As a consequence, trying to disentangle ‘natural’ ecosystems from those that people have managed for millennia is becoming less and less realistic, let alone desirable.

This day unfolds beneath your lucky star;
Whate’er you try will likely turn out well.
Good fortune may continue for a spell,
So long as you don’t think it’s who you are.
Be generous today with friend and foe;
Cooperate with others, do your part.
Breathe in, let gratitude open your heart—
Breathe out, and blessings effortlessly flow.

In life’s abundance, cultivate your soul.
Resist temptation to relax and glide.
The discipline that helped you reach this day,
Continued now, will consummate the whole.
The wind is at your back—enjoy the ride;
The sun is shining—run outdoors and play! 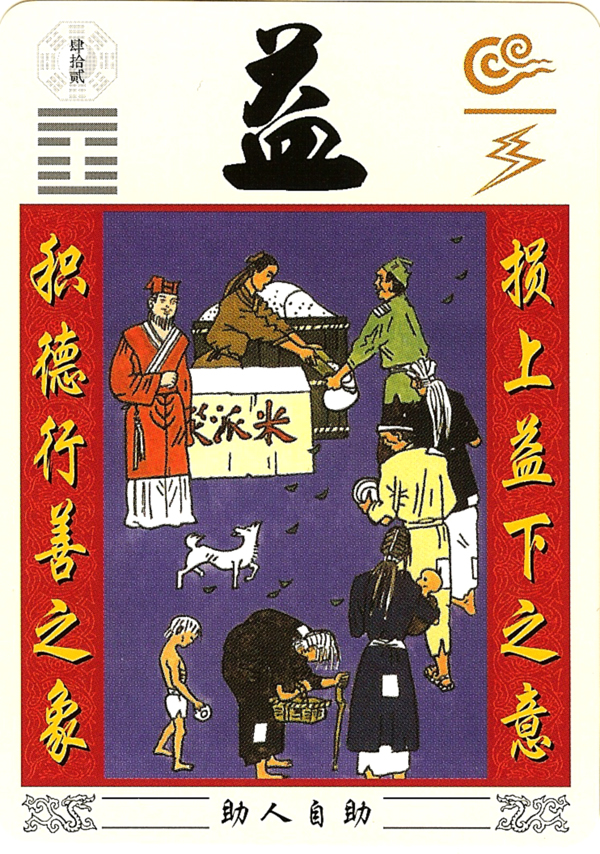 Richard Powers and Monica Gagliano in conversation, two of our most articulate spokespeople for trees, forests, and ecosystems as living, breathing entities worthy of our respect, and perhaps showing signs of sentience, on their own time scale.

Powers wrote a magnificent novel in which he highlighted the recent science that tells us trees communicate among themselves, even across species lines, nurture each other and especially send nutrients to their offsprings. The next year, Gagliano announced her experiments demonstrating with extraordinary rigor that plants can learn and remember, though they have no nervous systems or anything that we can identify as an information processing system.