(This is a Rupert Sheldrake experiment from 2002. The first unusual thing about N’kisi the parrot is that he had a vocabulary of 1200 words and spoke in grammatically constructed phrases, using combinations he had never heard before. The second is that he was psychic.)

Aimée Morgana noticed that her language-using African Grey parrot, N’kisi, often responded to her thoughts and intentions in a seemingly telepathic manner. We set up a series of trials to test whether this apparent telepathic ability would be expressed in formal tests in which Aimée and the parrot were in different rooms, on different floors, under conditions in which the parrot could receive no sensory information from Aimée or from anyone else. N’kisi’s “task” was to talk about a picture selected at random from a sealed envelope and presented to Aimée in a distant room.

During these trials Aimée and the parrot were both videotaped continuously. We conducted a total of 149 two-minute trials. He scored 23 hits, when the expected number by chance was 12. The probabiliy that this could have occurred by chance was 0.00025.

Garret Moddel is a physics professor at U of Colorado, specialties in nanostructures and bioengineering.

He realized that a great deal of credible research in parapsychology was relevant to our conception of fundamental physics, but it was being ignored by physicists, who assumed it must be a mistake.

With tenure and a secure reputation, he was in a fortunate position to explore this world without fear of personal repercussions.

He cites diverse examples, each one interesting in its own right. One central theme is the experimenter effect. It is well established that in these experiments on psychology as well as parapsychology, scientists tend to get the results that they want to get. This is a huge bias that is almost impossible to separate from the many other questions that scientists are trying to answer. It has almost certainly biased results in every field of science, but psychology in particular. There is a great deal of re-evaluation ahead of us.

Pursue a career in parapsychology? He tells a story about asking his mother when he was a young teen whether he should pursue a career in writing. She wisely responded, No it’s a difficult career and create frustrations and suffering. Then she added, If you really want to be a writer, you will ignore my advice.

All our scientific and philosophic ideals are altars to unknown gods. This includes the very notion that there is an objective physical universe governed by universal laws. — William James

There are two ideas about the relationship between conscious awareness and the brain.

Many of the smartest people in the world are trained in physics and steeped in computation. Overlapping this group is the set of researchers in artificial intelligence. Almost all these people tend to favor #1.

The Scientific World-View which has arisen in the last 150 years regards physical matter and its fields as a closed system in which all causality is accounted for. There is no need nor indeed is there room for consciousness as a separate element of reality.

Weighing in for #2 is a 30-year course of experimentation in the Princeton University laboratory of Robert Jahn and Brenda Dunne, 1975-2005. Jahn had a PhD in physics, and was department chair and at one time Dean of the School of Engineering. Their signature experiment demonstrated the ability of human consciousness to modify probabilities that are treated as random in standard quantum mechanics.

They used voltage fluctuations in a Zener diode to generate random numbers, and asked self-selected experimental subjects to sit in front of a computer screen and use their will to make some function of the quantum-random input higher or lower in each trial. At the end of 800,000 trials, the difference between those in which the subjects intended “high” and intended “low” was over 5 sigma. The probability of this occurring by chance is less than 1 in 10 million.

If you believe the result of Jahn and Dunne, it is decisive evidence in favor of paradigm #2.

Why do so many smart physicists and computer scientists ignore the experiments of Jahn and Dunne? Some don’t know about the experiments, which mainstream physics journals have refused to publish. Most assume there must be some mistake in Jahn’s methodology, and feel confident enough in their paradigm that they don’t judge it a worthwhile use of their time to delve into details of the experiments looking for the error. We should not underestimate the psychological power of cognitive dissonance. Scientists, like most humans, are subject to confirmation bias and herd mentality.

Here are some reasons we should take Jahn and Dunne seriously:

If our commitment to the methodology of science is to have any meaning at all, we have to pay careful attention to replicated findings that contradict our fundamental theories.

Sometimes I have to just stop thinking and accept that there are things that (for now) I don’t understand.

This material stretches our credulity, and clearly Dr. Wood doesn’t expect to be believed. Nazis landing on the moon in the 1930s? Races of lizard-like aliens maintaining earth bases in Antarctica to this day?

What he documents most convincingly is that there is a sophisticated CIA program of deceit to keep us from knowing the truth about an Alien presence on earth. Maybe Dr Wood is part of that program. Maybe much of what he reports is an elaborate fantasy designed to deceive. But he (and other sources) have convinced me that there is something there worth covering up, and this bare fact is astounding.

Mathematics was like that, amenable to the unconscious brain, the better brain. Amazing that you could go to bed with a problem, the hardest problem in the world, something you’ve been banging your head against all the previous day. But you might wake up in the morning with the answer all laid out. You might even remember a point in your dream when you worked it out, when you even said in your coma, Eureka! and after waking, you wonder for a moment if it’s make-believe, if you’ve concocted the fiction of having solved it only for the somnial satisfaction, but you know it’s real because when you race through this newfound solution, now raised to your conscious mind, you see that it works.

— Zia Haider Raman, In the Light of What we Know 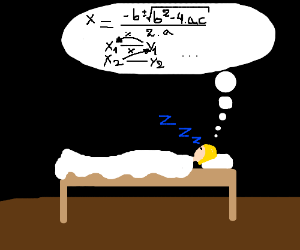 In 2013, a University of Colorado professor of quantum engineering organized a project with his class, based on precognition. “I’m going to show you a picture this time tomorrow, and I want you to describe what you will see at that time.”

The picture was chosen by chance from two possible pictures, and, as frequently happens with such experiments, the students’ descriptions fit better with the picture that they were actually to be shown than the one they would never be shown (even though at the time they were describing the picture, they had not yet seen it).

Result: The students correctly predicted the picture 7 out of 7 times, and Prof Moddel’s investment in DJIA futures made $4,000.

write-up in the Journal of Scientific Exploration

Comment: I believe such things happen far more often than chance would predict (in this case, 1 time in 128). But I also think they are less consistent than the “7 for 7” would indicate, otherwise the research field of parapsychology would not remain underfunded, as it chronically is

As the article describes the investment, they would have made $28,000 instead of $4000 if they had invested just as they had planned to do, but they mistimed their 7th and last trade, and suffered a large loss.

If you believe it possible that people can sense in advance what picture they will see tomorrow, you probably also think it possible that human events are arranged so as to warn people away from life paths that are venal and unrewarding.

Even if precognition lacks sufficient consistency to support a hedge fund, the phenomenon is consistent enough to justify a rethinking of the foundation of Western science.    — JJM