Pursuit of any state of mind, be it happiness or mindfulness or even enlightenment, cannot produce a meaningful life.

Consciousness wants to be in relationship to consciousness. It’s both a part of our evolutionary heritage and it’s fundamental to the concept of consciousess.

I wouldn’t exist without the air, the bacteria, the sun—I am an emergent property of all this together, in relationship. My consciousness depends on all this.

What would the content of consciousness be without relationship? I think in words and images and concepts that were created by other people.  All the contents of my consciousness came from the world. The idea that it is “mine” is a misnomer and a product of flawed thinking.

Pursuit of any state of my body and mind is, in part, narcissism. When I grow beyond this, “What do I get out of life?” stops being the relevant question. I become interested in helping others, relieving their suffering, lending them a hand along this same path of outgrowing the selfish perspective.

The church bells call to prayer, but not in a temple made by human hands. If the birds do not need to be reminded to praise God, then ought men not be moved to prayer outside of the church, in the true house of God, where heaven’s arch forms the ceiling of the church, where the roar of the storm and the light breezes take the place of the organ’s bass and treble, where the singing of the birds make up the congregational hymns of praise, where echo does not repeat the pastor’s voice as in the arch of the stone church, but where everything resolves itself in an endless antiphony.
— Søren Kierkegaard

In the heart of nature, where a person, free from life’s often nauseating air, breathes more freely, here the soul opens willingly to every noble impression. Here one comes out as nature’s master, but he also feels that something higher is manifested in nature, something he must bow down before; he feels a need to surrender to this power that rules it all. … Here he feels himself great and small at one and the same time, and feels it without going so far as the Fichtean remark* (in his Die Bestimmung des Menschen) about a grain of sand constituting the world, a statement not far removed from madness.
— Søren Kierkegaard

What I really need is to get clear about what I must do, not what I wish to know, except insofar as knowledge is necessary for action. What matters is to find my purpose, to see what it really is that God wills that I shall do; the crucial thing is to find a truth which is truth for me, the idea for which I am willing to live and to die.
— Søren Kierkegaard was born this day in 1813

*   “You could not remove a single grain of sand from its place without altering something throughout all parts of the immeasurable whole…Every moment of duration is determined by all past moments, and will determine all future moments, and you cannot conceive the position of this grain of sand other than in its present place without an altered conception of all history.”
— from Die Bestimmung des Menschen, by Johann Gottlieb Fichte

How a conservative, oil-pumping state became one of the world’s biggest generators of wind power.

There is nowhere to store the oil being pumped out of the ground because demand, due to the coronavirus, has collapsed. So oil producers and their financial backers have been paying folks to take their oil.

West Texas is oil country. But there is something else going on in West Texas: it is a world capital of wind energy. Last year, Texas got more of its energy from wind — 23.4 percent — than any other U.S. state.

— read more from Reasons to be Cheerful 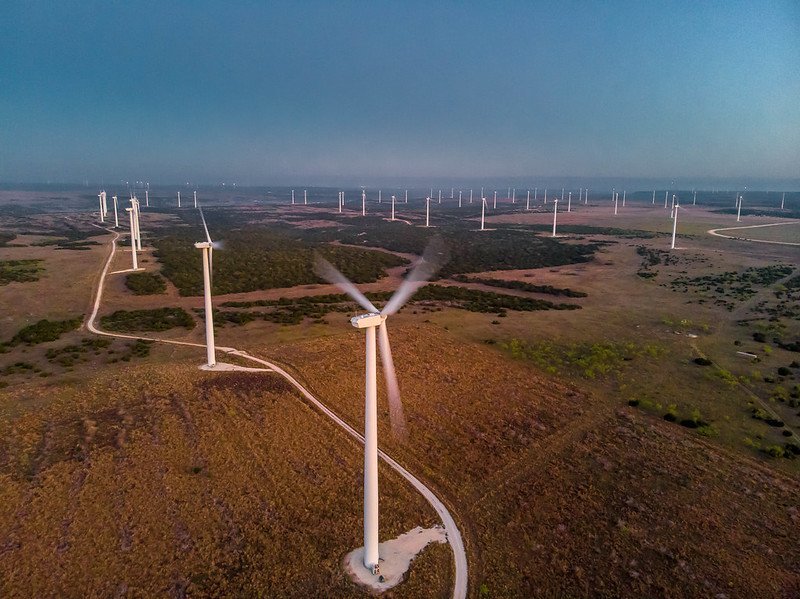 Hear what the Earth say:—
EARTH-SONG
“Mine and yours;
Mine, not yours.
Earth endures;
Stars abide—
Shine down in the old sea;
Old are the shores;
But where are old men?
I who have seen much,
Such have I never seen.
“The lawyer’s deed
Ran sure,
In tail,
To them and to their heirs
Who shall succeed,
Without fail,
Forevermore.
“Here is the land,
Shaggy with wood,
With its old valley,
Mound and flood.
But the heritors?—
Fled like the flood’s foam.
The lawyer and the laws,
And the kingdom,
Clean swept herefrom.
“They called me theirs,
Who so controlled me;
Yet every one
Wished to stay, and is gone,
How am I theirs,
If they cannot hold me,
But I hold them?”
When I heard the Earth-song
I was no longer brave;
My avarice cooled
Like lust in the chill of the grave.
— Ralph Waldo Emerson 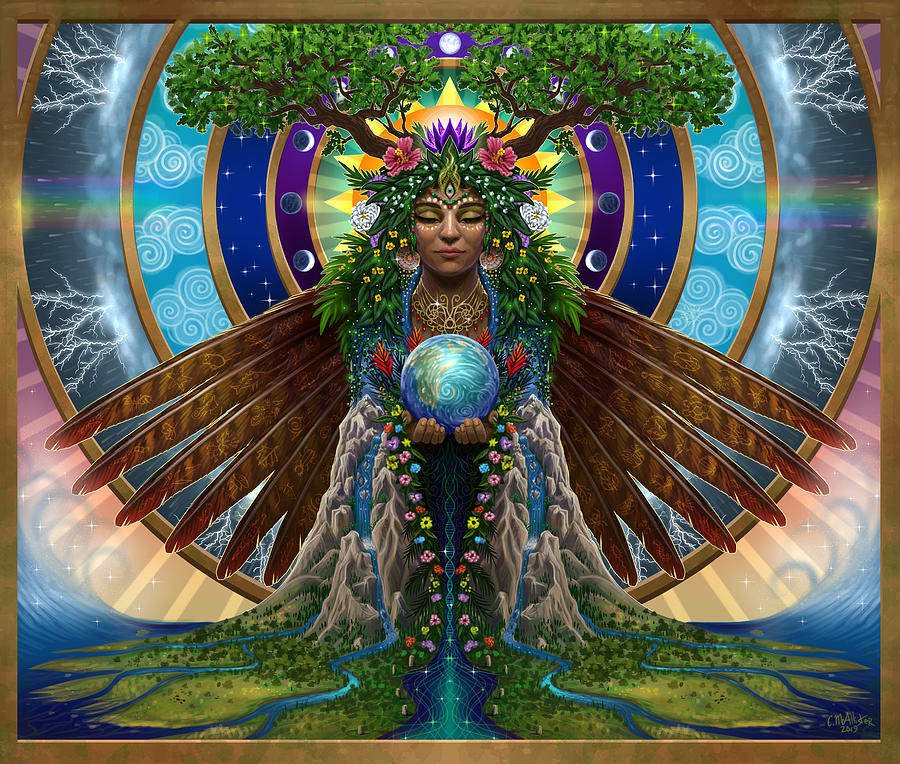 Emerson drew on a passage in the Vishnu Purana in writing “Hamatreya.” The origin of the poem’s title is unclear, because there is no Hindu word or name “Hamatreya.” Edward Waldo Emerson noted in his annotations to the poem in the Centenary Edition of his father’s writings that “Hamatreya” appears to be an adaptation of “Maitreya,” one of the characters in the Hindu text. In the original passage, Maitreya is engaged in a dialogue with the deity Vishnu (who was, to his devotees, the central deity, of whom all the other deities represented aspects). Vishnu tells Maitreya about the Hindu kings who mistakenly believed themselves possessors of the Earth. But the kings have disappeared, while the Earth endures. Vishnu recites the chant of the Earth, who laughs at and pities the egotistical kings and their blindness to their mortality. He tells Maitreya that the Earth’s song will cause proud ambition to melt away.
—Cliff Notes
I have heard that the idea of owning land was not part of the culture or economics of the First People who inhabited the American continent. In today’s China, individuals can build a house and own it, but it sits on communal land, which all belongs to The People.
—JJM

It’s not difficult, and in the long run—even in the medium run—it’s actually more economical. It’s only the detailed structure of capitalist systems at present that has created the very destructive relationship of humanity to nature.

Harmony with nature is easy.  It’s “natural”. We know enough to start doing it right away, and there’s so, so much more that we will learn about ecological relationships when we put our minds to it.

At present, the emphasis of the environmental movement is on reducing the human footprint. We can&rsquo;t conceive that humans can do better than zero, and the only question we&rsquo;re asking is “how negative?” But we can have a net positive impact, enriching the soil with each passing year, while feeding ourselves. Some indigenous American tribes were practicing this kind of permaculture thousands of years ago, and a few pioneer agriculturalists are doing it today. It’s a situation that looks like an unfolding tragedy, but it’s actually steeped in hope.

Inhabit, the film (free, full-length as of this writing)

I am struck by the otherness of things rather than their sameness.
The way a tiny pile of snow perches in the crook of a branch in the
tall pine, away by itself, high enough not to be noticed by people,
out of reach of stray dogs. It leans against the scaly pine bark, busy
at some existence that does not need me.

It is the differences of objects that I love, that lift me toward the rest
of the universe, that amaze me. That each thing on earth has its own
soul, its own life, that each tree, each clod is filled with the mud of
its own star. I watch where I step and see that the fallen leaf, old
broken grass, an icy stone are placed in exactly the right spot on the
earth, carefully, royalty in their own country.

by Tom Hennen
from Darkness Sticks to Everything: Collected and New Poems

We pledge allegiance to the Earth
Upon whom all life depends.
And to the Beings with Whom we share Her.
One Earth, of the Universe,
Beauteous beyond comprehension. 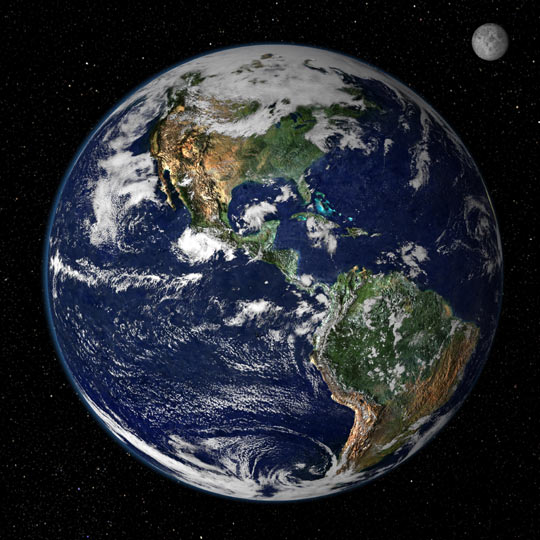 Let’s send some roots over, check him out. See if he’s friendly, invite him out for some sugar water, get to know him a bit.

Just a few years ago, it would have been preposterous to imagine that trees have social relations, but Suzanne Simard, Peter Wohlleben and Monica Gagliano have pioneered an unlikely field of research,  plant  sociology.

We can’t know what they experience or if they experience, but we know now that they form alliances, care for one another across species lines (but especially close kin) and that they thrive in some combinations and wilt in others.

On the morning of December 26, 2004, a 9.1 magnitude earthquake struck off the coast of Sumatra, triggering a massive tsunami, killing more than 150,000 people in 12 countries.
But as terrible as this loss of life on an apocalyptic scale was, something very strange emerged as the flood waters receded.

In fact, according to eyewitness accounts, in the hours leading up to the tsunami, flamingos abruptly left their low-lying nests… elephants screamed, taking off for higher ground… and zoo animals took shelter, refusing to come out to eat.

They knew it was coming. But how were they able to sense this disaster hours before striking?

Instinct… intuition? Internal bio-electro magnetic fields within these animals picking up vibrations from an earthquake thousands of miles away?

The truth is we don’t know. Like deja vu, science has yet to reveal how these things really work.

If this were ancient times, would our primal counterparts have been able to sense this disaster like these animals? I suspect the answer is yes. But I can’t prove that. 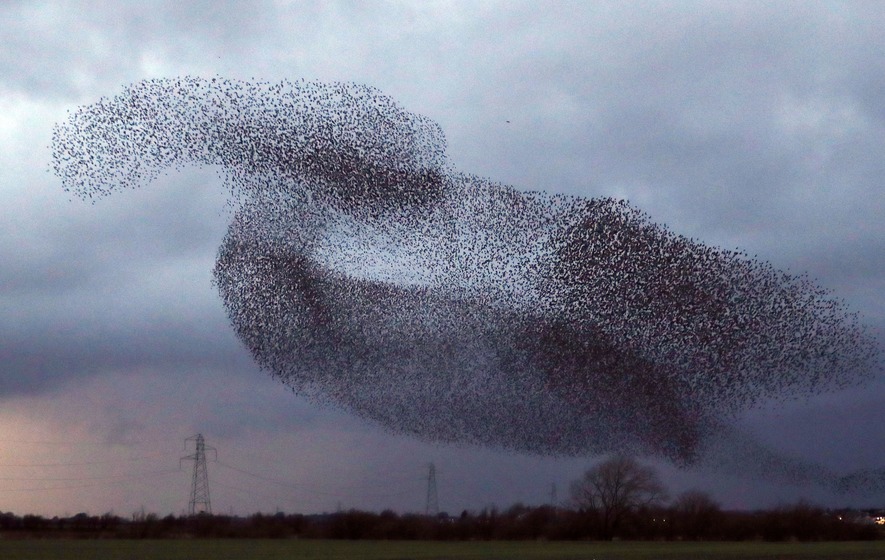 I assume that much of our intuitive and instinctual heritage of knowledge is inaccessible to us because we have learned modes of knowing that override our intuitions. Shamans and indigenous cultures may teach us what every animal knows about death, or we may pursue the inner realm via meditation…

Or we may be able to learn from animals themselves. Here we are privileged to witness an elephant funeral.

The best they’re able to do in a zoo, where keepers have erected barriers to keep the living from the dead.

We pay homage to our dead with thoughts and abstractions and rituals, and elephants  probably do the same. We can’t know what they’re thinking but one thing we can get see for sure is that it is important to touch the dead, to handle their dried flesh and bones. We might speculate about what is being transferred from the dead to the living by physical touch.

Contrast this to Western undertaking. The body is handled only with throwaway plastic gloves until it is safely in the ground, or in a furnace. Even after autoclaving, ashes of the dead are considered creepy, if not unsanitary.

… the custom is for close relatives of the deceased to carry his body to a hilltop, where it is offered to vultures. This is sky burial.

This article was published last week in the journal Primates (apparently elephants have honorary status), and this popular summary was released by San Diego Zool.