The goal of this meditation is to disengage from viewing yourself in terms of physical, material qualities, in order that you can experience yourself as existing in the form of pure consciousness. Start by closing your eyes and observing whatever thoughts and feelings you experience. Rather than thinking you are the one thinking these thoughts or having these feelings, realize that you are the one observing a human who is having such thoughts and feelings. Recognize that you are not your thoughts, and you are not your feelings. Say to yourself, “I am the one who observes a human having thoughts and feelings.” Imagine in this state of awareness that all possible realities are now accessible to you, and you can see where the results of each choice and each decision lead. Realize that in this state of being pure consciousness, the most enjoyable and best realities present themselves to you easily and effortlessly.
— Cynthia Sue Larson Quantum Jump

You and I have bacteria living on the food in our intestine that play a vital role in regulating our hormones and our moods, not just digestion.

Carpenter ants have bacteria that have actually moved inside the cells of the intestinal lining and integrated themselves into the cellular metabolism. The symbiosis has become so close that the bacteria actually moved in, and the ant’s own cells made a home for them.

There’s a whole set of adaptations that make this possible. When a carpenter ant starts life as a fertilized egg, the single egg cell doesn’t divide, but instead just the nucleus divides. Again and again, until there is a giant cell with hundreds of cell nuclei. Of course, all this while, the digestive bacteria are also reproducing within this giant cell. When the cell is finally ready to divide itself up, one nucleus per cell, the bacteria shift almost all to one end, and that cell that breaks off with the greatest number of bacteria is destined to become the intestine. Of course, a few bacteria are also sequestered into the cells that are destined to become the gonads, so they are already preparing to be passed on to the next ant generation, to seed their intestines.

The Jomon people lived in Japan and perhaps spread to many other places starting at least 17,000 years ago, and finally becoming mixed with other groups migrating to Japan only 3,000 years ago. They had stone tools and pottery thousands of years ahead of other cultures. And the fact that their style of pottery is found as far away as South America suggests they may have had ships capable of trans-Pacific travel even before the end of the last ice age, 12,000 years ago.

One of my favorite and most optimistic topics is permaculture [previous posts 1 and 2]. The conventional history of man is that there were hunter-gatherers for hundreds of thousands of years, and they settled down and formed agricultural communities starting ~30,000 years ago. But there are suggestions from America and Japan that ancient people knew how to culture sustainable ecosystems that resisted insect predators, that built up more topsoil year after year, and that were enriched in the food species that people could harvest abundantly. Perhaps when Columbus discovered America, it was an Eden not because it was untouched but because it was wisely managed by people with a traditional knowledge of ecology.

For here were a people who had explored their world by land and sea–reaching the Americas at least twice between 15,000 and 5,000 years ago. Here were a people who had used pottery millennia before anyone else and gone on to refine it into a beautiful artform. Here were a people who engineered their landscape to create sacred mountains, circles of stone, temples of rock. Here were a people who lived in harmony with their environment, who made use of an intelligent mix of strategies to insure survival and security for the future, and who succeessfully avoided the pitfalls of militarism, materialism, conspicuous consumption, and overpopulation that so many other cultures of the ancient world lost their way in. Here, above all, were a people whose civilization remained intact and even flourisyed — decently, humanely, and even generously, as far as we can know these things from the archaeological record, for more than 14,000 years.

(This is a Rupert Sheldrake experiment from 2002. The first unusual thing about N’kisi the parrot is that he had a vocabulary of 1200 words and spoke in grammatically constructed phrases, using combinations he had never heard before. The second is that he was psychic.)

Aimée Morgana noticed that her language-using African Grey parrot, N’kisi, often responded to her thoughts and intentions in a seemingly telepathic manner. We set up a series of trials to test whether this apparent telepathic ability would be expressed in formal tests in which Aimée and the parrot were in different rooms, on different floors, under conditions in which the parrot could receive no sensory information from Aimée or from anyone else. N’kisi’s “task” was to talk about a picture selected at random from a sealed envelope and presented to Aimée in a distant room.

During these trials Aimée and the parrot were both videotaped continuously. We conducted a total of 149 two-minute trials. He scored 23 hits, when the expected number by chance was 12. The probabiliy that this could have occurred by chance was 0.00025.

It’s true that anger clouds your thought when most
You need the clarity to gauge a plan.
Those who have natural self-possession can
Effect the most appropriate riposte.

But anger has its place and it can teach us:
What is unacceptable in our sight?
For what cause are we energized to fight?
It’s through our passion, awareness may reach us.

Most useful is rage on behalf of others;
Most dangerous is umbrage at a slight.
You are the least unfortunate of men!
Your anger only finds its target when
Invoked in defense of less privileged brothers.
None can stop the warrior whose cause is right.

Garret Moddel is a physics professor at U of Colorado, specialties in nanostructures and bioengineering.

He realized that a great deal of credible research in parapsychology was relevant to our conception of fundamental physics, but it was being ignored by physicists, who assumed it must be a mistake.

With tenure and a secure reputation, he was in a fortunate position to explore this world without fear of personal repercussions.

He cites diverse examples, each one interesting in its own right. One central theme is the experimenter effect. It is well established that in these experiments on psychology as well as parapsychology, scientists tend to get the results that they want to get. This is a huge bias that is almost impossible to separate from the many other questions that scientists are trying to answer. It has almost certainly biased results in every field of science, but psychology in particular. There is a great deal of re-evaluation ahead of us.

Pursue a career in parapsychology? He tells a story about asking his mother when he was a young teen whether he should pursue a career in writing. She wisely responded, No it’s a difficult career and create frustrations and suffering. Then she added, If you really want to be a writer, you will ignore my advice.

All our scientific and philosophic ideals are altars to unknown gods. This includes the very notion that there is an objective physical universe governed by universal laws. — William James

I think of Anton Bruckner in the same school with Gustav Mahler, but actually he was 36 years older than Mahler. Bruckner was a late bloomer. Wikipedia says, ”Broad fame and acceptance did not come until he was over 60 (after the premiere of his Seventh Symphony in 1884)”. He spent time in solitude. He was celibate. His Christian faith was deeply meaningful for him. And IMO he stretched the romantic harmonic vocabulary less than Mahler or even Brahms. But he wrote some beautiful, passionate music.

Anton Bruckner was born this day in 1824.

In the lunar calendar of East Asia, today is the day when the doors of the underworld are flung open, and we are faced with the spirits of those who have passed, for well or for ill. And what do the spirits want from us?

Why do the Chinese and VIetnamese burn money? Why did Jesus throw the money-lenders out of the Temple (described in Matthew, Mark, and Luke, the only time in the Scriptures in which Jesus was moved to violence). Why does Ron Paul continue to rail against The Fed?

Far more than laws or even social norms, it is money that rules our lives, money that keeps us doing things that we don’t want to do, day after day, year after year. How differently would we live were it not for the need for money?

We imagine that money is some neutral thing, a medium of exchange that makes barter more convenient when the person you want something from isn’t the same as the person that wants something from you. But there are other structures that could support expanded networks for barter. The one that we have, the agreement we call “money” carries some pretty heavy baggage. It benefits some at the expense of others. Bankers create money out of thin air. Workers are told it’s their own fault, that “the economy” has no use for their skills.

In the Chinese tradition, Hell is a place where everything depends on money. When we burn our money today, we are sending it to the ghosts in Hell.

When the paths before us become too difficult, or when we cannot see our way, we can no longer put up with such an exacting and difficult world. All ways are barred and nevertheless we must act. So then we try to change the world.
— J.P. Sartre

Helen de Cruz writes on the Necessity of Awe

What is the value of preserving and strengthening this sense of awe and wonder, this recognition of something beyond the boundaries of human existence? Is the exploration of the natural world just a pleasant way to pass the golden hours of childhood or is there something deeper? I am sure there is something much deeper, something lasting and significant. Those who dwell, as scientists or laymen, among the beauties and mysteries of the Earth are never alone or weary of life. Whatever the vexations or concerns of their personal lives, their thoughts can find paths that lead to inner contentment and to renewed excitement in living.
— Rachel Carson

Awe increases our tolerance for uncertainty and opens our receptivity to new and unusual ideas. 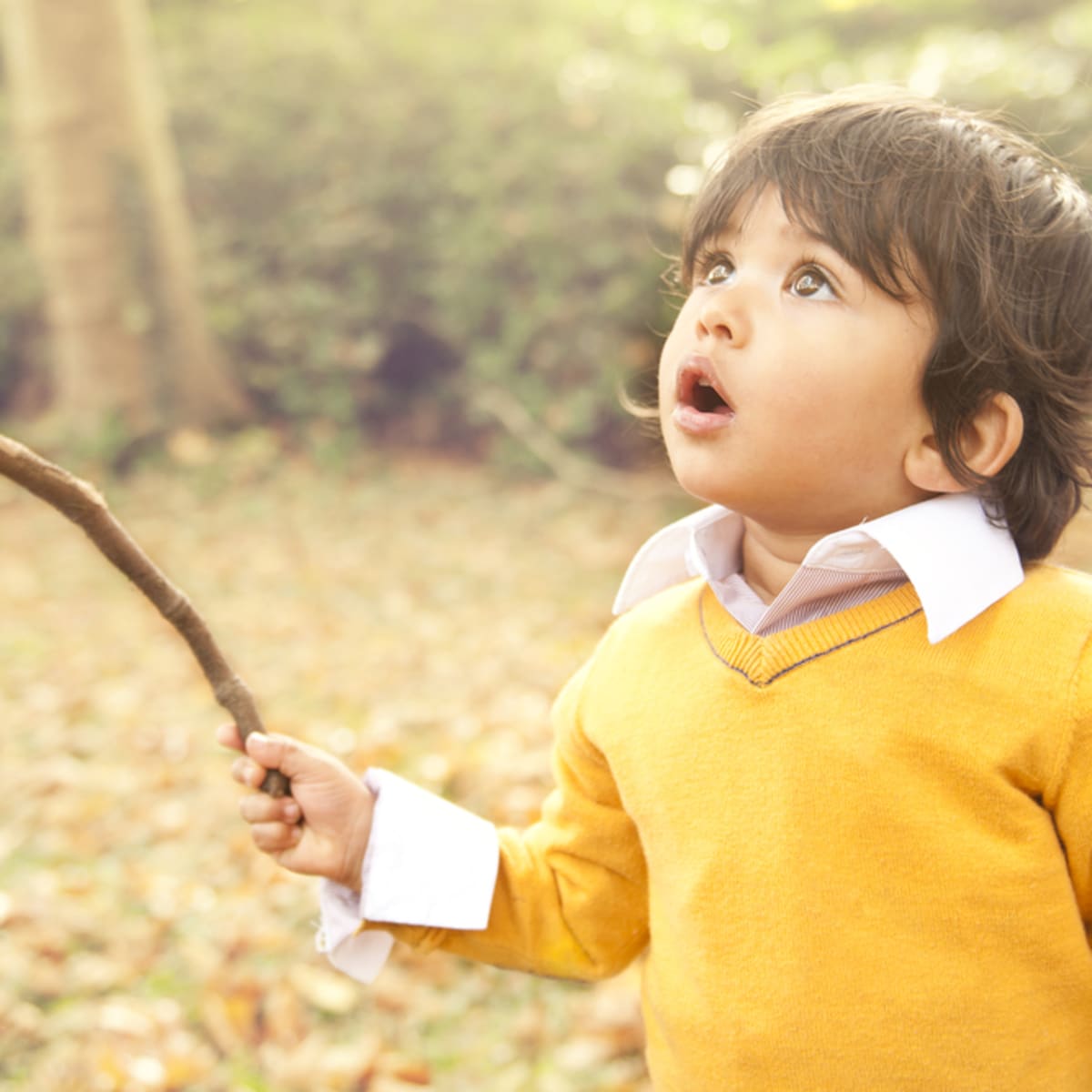