This is our mythic prehistory. Some medicine man told us peons what the Spirits demand from us in exchange for breaking the dry spell or leading the caribou back into the hunting grounds, and it seemed to work often enough to keep us believing and obeying.  We paid no attention to the fact that the thing the Spirits needed so often coincided with the glorification of the medicine man himself.

Then, in historic times, kings ruled by divine right. Egypt had its Pharaohs. In Japan, the emperor was a Shinto Tenno. Southeast Asia was ruled by Khmers, and the Subcontinent had Rajas. Christian and Muslim armies both fought holy wars, and, through the Middle Ages, the King’s closest advisors moonlighted as Cardinals or Caliphs.

Separation of church and state was supposed to put an end to all that. Gone for good was the divine authority of kings, replaced by rule of the democratic majority. The Enlightenment was about human rights, freedom and emerging democracy. But above all, the Enlightenment was a triumph of clear-eyed scientific thinking over superstition. Most enlightened of all were the people who realized that religion is no different from superstition.

But a funny thing has happened on our way to the end times of history. Science has developed an annointed priesthood, a fixed dogma, daily rituals—all the trappings of a religion. Today, we cover our faces in public and cross the street when someone approaches on the sidewalk, signaling to one another, “My religion is science.”

This is not the science that Doctor Mirabilis bequeathed us in the 13th Century. Bacon’s science is a process, not an outcome. The discipline is adherence to logical thought based on clear-eyed perceptions.

True science is not obedience to a man in a labcoat. True science is a cacophony of voices vying to offer competitive narratives about the available observations. It is a common agreement about criteria of evidence and logic that enable some tentative truths to emerge from this jumble of independent thinkers.

When you hear someone say the words, “settled science,” question first whether he has a pecuniary interest in your accepting his version of the truth. Then begin the hard work of gathering your own evidence and forming your own conclusions. 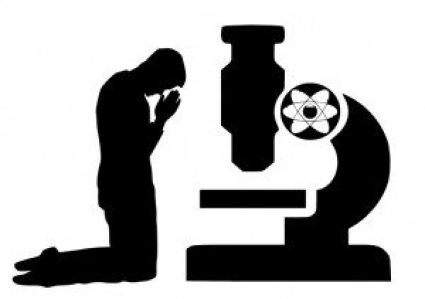 1 thought on “Meet the new normal. Same as the ancient normal.”