A black hole at the center of the Milky Way exploded 3.5 million years ago —and may explode again very soon.

Back when I went to school, some time in the middle of the last century, galaxies were thought to be just collections of stars that were attracted to each other and fell into mutual orbits as they coalesced.

It was the need to come up with an explanation for quasars that changed that. Quasars are very, very far away, and yet they manage to be quite bright. That implies enormous amounts of energy. Eventually, we figured out that there was matter falling into giant black holes, each one as massive as a hundred million suns.

Gradually, astronomers came to realize that many if not most galaxies have black holes at the center. The center of our own Milky Way is obscured because to see it we have to look through the thicket of gas and dust that has collected in our galactic disk. But we can see through to the galactic center using x-ray telescopes or radio telescopes, and eventually a consensus formed that our own galaxy hosts a black hole.

Most objects in the sky are flattened by spinning.  Stuff gets into and out of them most easily in a direction perpendicular to the spinning disk. In 1987, I wrote my dissertation about streams of hot gas that spew out from disant galaxies, and we see these as bright plumes. Paradoxically, the plumes from our own galaxy, so close to home, are harder to see. But now they’ve been spotted and interpreted. 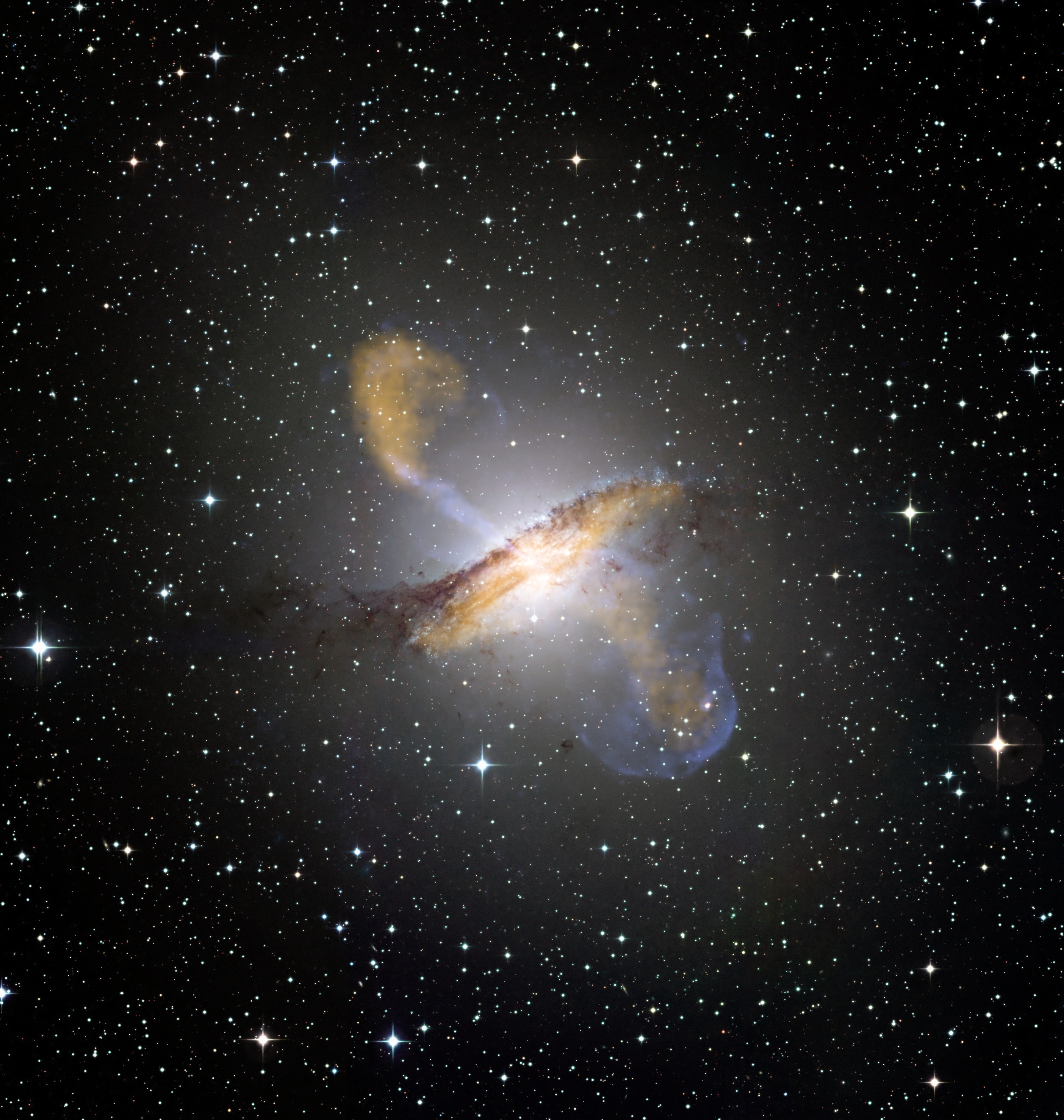 Ballooning out of both poles of the galactic center, two gargantuan orbs of gas stretch into space for 25,000 light-years apiece (big enough that they would be spread across the night sky, if we could only see ), though it’s visible only in ultra powerful X-ray and gamma-ray light. Scientists call these cosmic gas orbs the Fermi bubbles and know that they’re a few million years old. … According to a study to be published Oct. 8 in the preprint journal arXiv.org, the Fermi bubbles were created by an epic flare of hot, nuclear energy that shot out of the galaxy’s poles roughly 3.5 million years ago, beaming into space for hundreds of thousands of light-years.

If cave men really did see this event, it would have stretched across half the night sky.  The research paper estimates the total output at 1056 ergs over 300,000 years. That works out to a plume as bright as the Milky Way, but extending in a perpendicular direction across the sky.