Our Western civilization is built upon assumptions, which, to a psychologist, are rationalizings of excessive energy. Our industrialism, our militarism, our love of progress, our missionary zeal, our imperialism, our passion for dominating and organizing, all spring from a superflux of the itch for activity. The creed of efficiency for its own sake, without regard for the ends to which it is directed, has become somewhat discredited in Europe since the war, which would have never taken place if the Western nations had been slightly more indolent. But in America this creed is still almost universally accepted; so it is in Japan, and so it is by the Bolsheviks, who have been aiming fundamentally at the Americanization of Russia. Russia, like China, may be described as an artist nation; but unlike China it has been governed, since the time of Peter the Great, by men who wished to introduce all the good and evil of the West. In former days, I might have had no doubt that such men were in the right. Some (though not many) of the Chinese returned students resemble them in the belief that Western push and hustle are the most desirable things on earth. I cannot now take this view. The evils produced in China by indolence seem to me far less disastrous, from the point of view of mankind at large, than those produced throughout the world by the domineering cocksureness of Europe and America. The Great War showed that something is wrong with our civilization; experience of Russia and China has made me believe that those countries can help to show us what it is that is wrong. The Chinese have discovered, and have practised for many centuries, a way of life which, if it could be adopted by all the world, would make all the world happy. We Europeans have not. Our way of life demands strife, exploitation, restless change, discontent and destruction. Efficiency directed to destruction can only end in annihilation, and it is to this consummation that our civilization is tending, if it cannot learn some of that wisdom for which it despises the East. 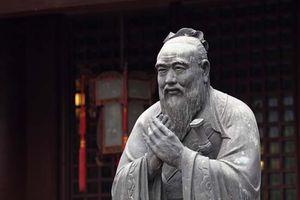