I’m an evolutionary theorist, and it prejudices my professional reputation to be saying this, but I think there are big questions about the current evolutionary paradigm.  At professional gatherings and in journal articles, I have no trouble saying that the prevailing Selfish Gene model is ridonculous.  But privately, my doubts go beyond this.

But I think we have no idea how life on earth might have gotten started, and that all ideas that I know of on the subject are inadequate.  I think that the process of evolution has itself evolved over 4 billion years, so that now Lamarckian inheritance is routine, which is to say, the lived experience is fed back into epigenetic and even genetic changes in the next generation.  Even Lamarck, I think, is inadequate to explain how efficient evolution has managed to be in creating new structures and adapting to changed environments.

The most conservative hypothesis I can imagine involves a micro-consciousness operating at the quantum level that steers molecular changes in chromosomes toward new functionality.  This is not a man with a white beard who created the world in six days, but it does sound dangerously close to Intelligent Dizzine.

Ever irreverent, provocative, and amusing, Fred Reed writes on the subject at Lew Rockwell’s blog. 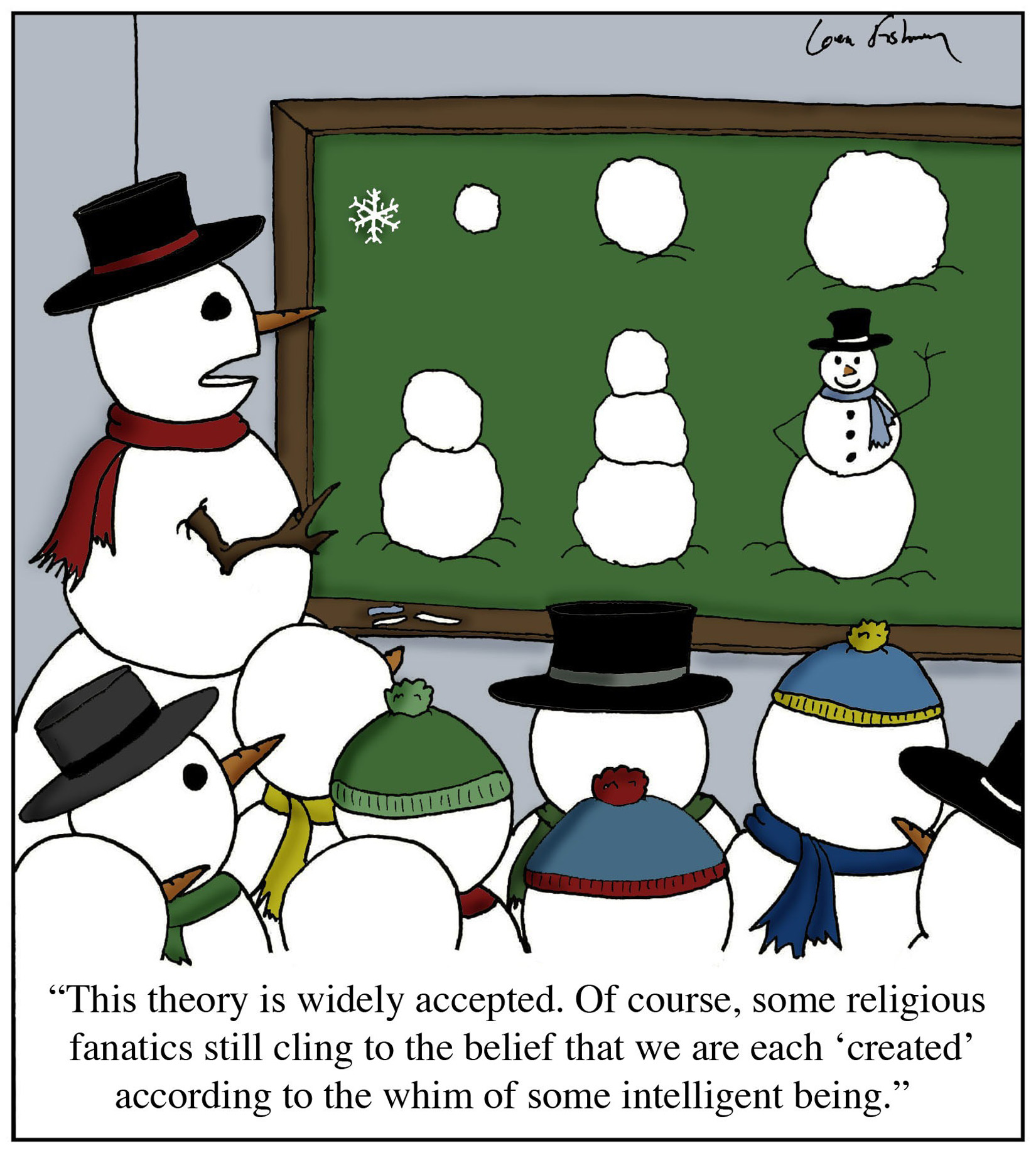